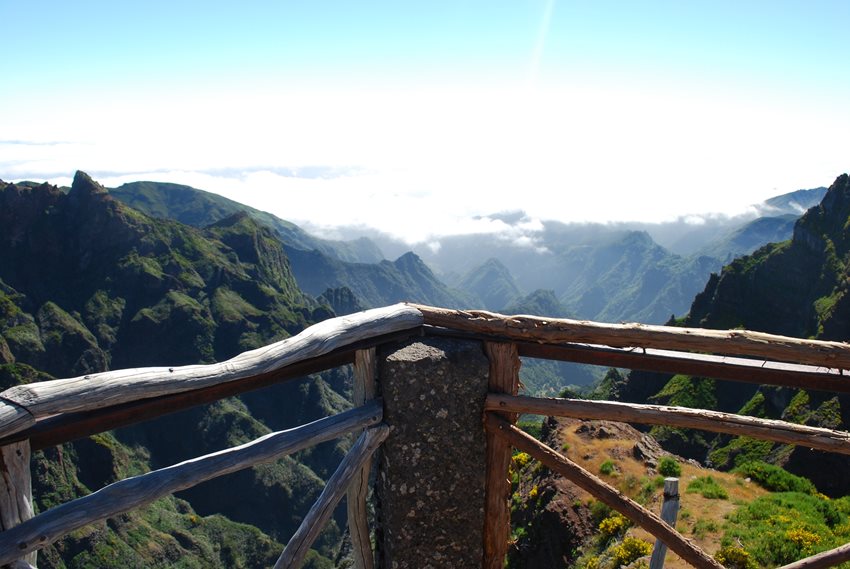 Instant booking confirmation
You will get an instant confirmation of booking after payment!
In brief
What to expect

The program of this excursion allows you to see the beauty and charms of the east coast of Madeira Island. Departure from Funchal towards Pico do Areeiro, where we will make the first stop. At 1818 meters, it is the third highest peak on the island, after Pico Ruivo (1861 m) and Pico das Torres (1851 m). From Pico do Areeiro you can see other places on the island, such as Ponta de São Lourenço, Curral das Freiras and even the island of Porto Santo (if the weather conditions are favourable). After this stop we head towards Ribeiro Frio. This little spot, at 860 meters above sea level, encompasses the Ribeiro Frio Forest Park (forests consisting especially of Laurissilva endemic species) and is known for its trout aquaculture nurseries for restocking the island's watercourses. It is a starting point for pedestrian walks in the Levadas of Furado and Serra do Faial. This last one is flanked by the levada of Balconies that leads to a stunning viewpoint. This walk of the levada of Balconies, although it is considered an easy route, is optional. From here we depart towards Santana, through a trail known as Cruzinhas. An off-road through the verdant forest. Arriving in Santana, one of the most emblematic tourist places of Madeira, we will visit the typical houses where, in ancient times, their people lived. Houses in a triangle shape and covered with straw. Note that Santana is considered by UNESCO as a World Biosphere Reserve. Afterwards we will go to the Faial Tea House, where a meal will be served with the option of Fish, Meat or Vegetarian. After lunch, we follow the old roads of Madeira Island towards Porto da Cruz. The mountains surrounding Porto da Cruz, partly transformed into fields, form a beautiful sea amphitheatre that, despite its bravery, still allows the existence of two small beaches of black sand. It will be in this place that we will visit the historical Companhia dos Engenhos do Norte, which is exclusively dedicated to the production of sugarcane brandy / rum according to the original processes, among them the "White" Brandy and Aged Brandy 970 Reserve. From here we head towards the Ponta do Rosto Viewpoint in Caniçal, where we will stop to catch a glimpse of both the north and south coast of Madeira Island. Afterwards, we will return to the hotels, to finish this tour which is one of the most appreciated by our visitors.